DAN RUTH – A LIFE BEHIND BARS

A Life Behind Bars 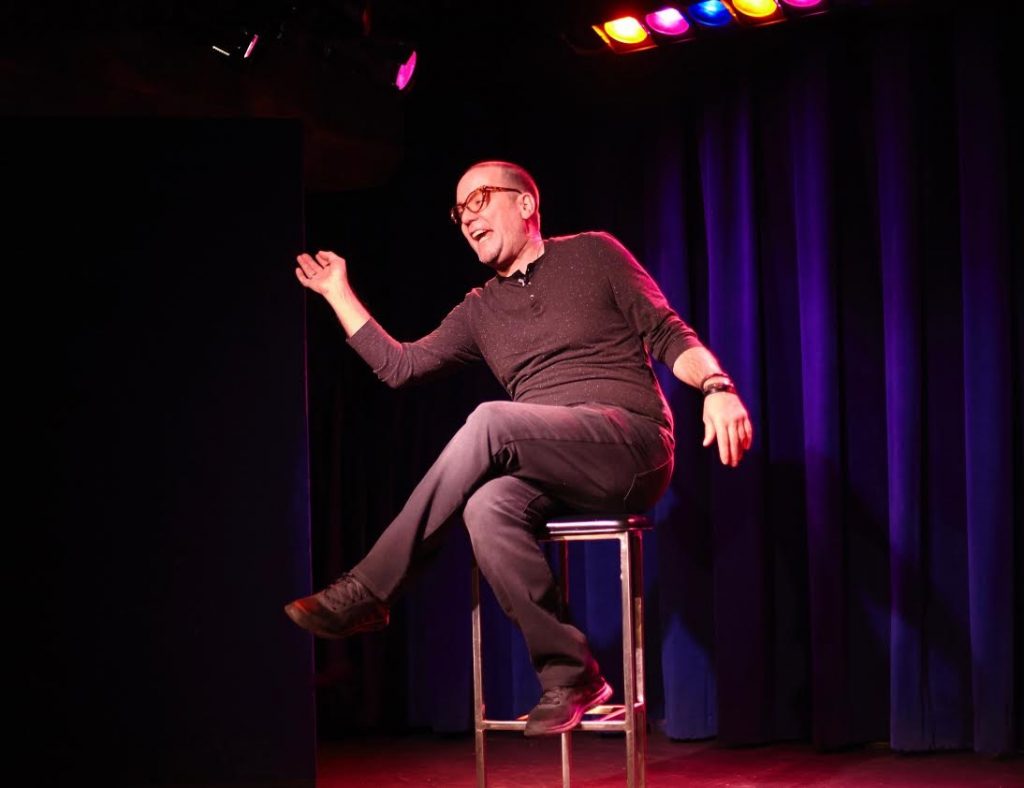 Toward the end of  A Life Behind Bars, a compelling, comedic, but chilling one-man autobiographical show (directed by Tanya Moberly), playing every other week at the Laurie Beechman through May 17, Dan Ruth rotates on the stage holding a photo of himself, taken when he was in the throes of alcoholism over 11 years ago. As he spins, his present visage of clear-eyed, vibrant health fades into his photo of yesteryear, a countenance of a sallow, emaciated and vacant soul. He spins and spins and we are repeatedly mesmerized by the wanton hopelessness of an alcoholic at his bottom, juxtaposed with a face alive with hope and spirit.

Thusly Ruth hammers home the horrors of addiction but not before regaling us with an hour and a half of side-splitting anecdotes. Throughout his performance he displays a long list of talents: clever but recognizable dialogue, spot-on imitations of a multitude of characters with a range of voices and accents, all supported by a stage presence of both athleticism and tenderness. In one instance he can be braying up and down stage uncontrollably then suddenly drop back into a character of utter shyness.

His years as a bartender provide tons of material for farce and fun. I particularly loved his incorporating patrons’ banal banter into skits we can all recognize: “So what’s good?” a mincing queen asks the dour bartender. “Arsenic with a twist?” is the age-old, but still funny, retort.

Ruth is at his best, however, when he identifies a type of character that he pummels because of his obvious enmity toward them from having dealt with their type before. One example is his brilliant send-up of a NYC health inspector who harasses him because of “crusty secretions” and a “suspicious soda gun.”  He then does a fabulous rendition of a harridan of a theater-going lady who guzzles Brandy Sidecars and berates her companion while flirting with Ruth. Dom DeLuise apparently said of Ruth in one of the drinking holes he tended “. . . you’re the best thing about this cock sucking piece-a-shit place.” 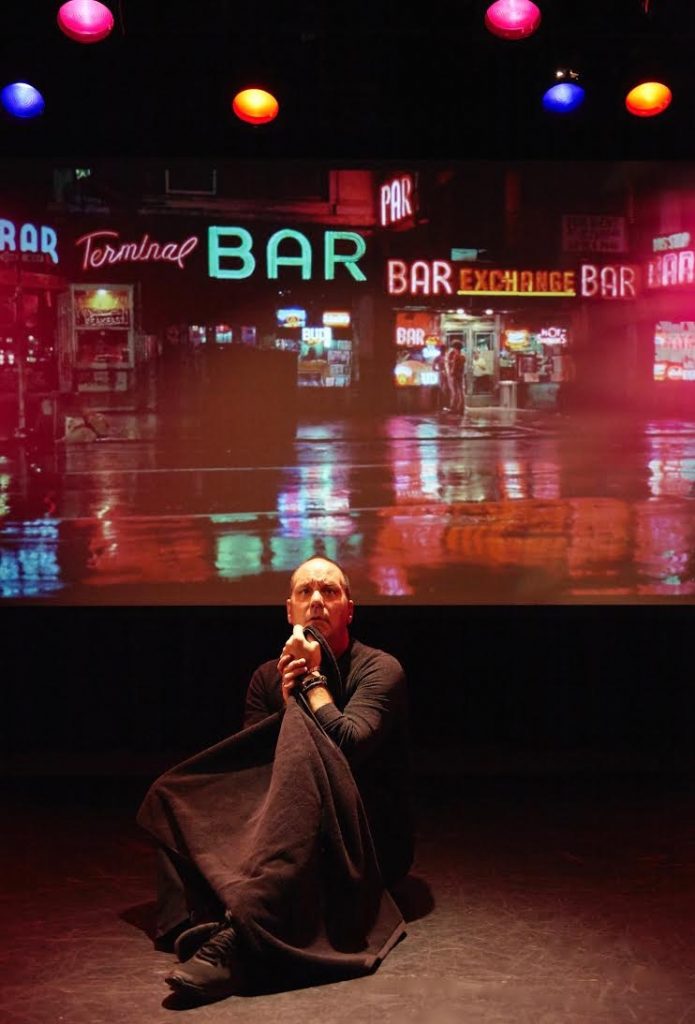 But Ruth’s rapier doesn’t just slice the throats of mere mortals. He does a fantastic riff on both the borough of Brooklyn and Hell’s Kitchen. Williamsburg during his bartending career provides lots of humor at the expense of the borough and its inhabitants. Brooklyn is “like living in a metaphor.” “NNWM” (New Neighborhood With Money) describes the recent, wealthy arrivals living in new luxury buildings by the river while “ONNM” (Old Neighborhood No Money) were the long-time residents, none of whom would be caught dead wearing a man-bun. (Yes there was a member of the audience sporting one). Ruth also resided in Hell’s Kitchen in the early 90s and pooh-poohed the once hailed desire to change the name to “Clinton,” particularly since Mayor Giuliani “let Mickey Mouse shit all over the nabe.”

Throughout the show Ruth cajoled, teased, and showered the attendees with hilarious memories of “picking up street trash” named Braden and dealing with his landlady Vivian (she dies), all peppered with lines such as “ . . . it was like watching a spanking video that was out of sync” or “impassioned shake of umbrage.” The man has a way with words.

But the show is tinged with a wisp of ground fog, the specter in the background: Sir Alcohol as a grinning bartender. Ruth hints at the hangovers, faintly describes the daily hollowness, touches on the walks of shame, the flasks, the changes of drinking venues, until the Bottom.

This is a funny, wet-your-pants show, with an outstanding performer and a comical but powerful message.

A Life Behind Bars. Presented at The Laurie Beechman Theatre (407 West 42nd, at Ninth Avenue, downstairs in the West Bank Café). Remaining performances: April 25, May 9 (Tuesdays at 7 PM) and May 17 (Friday) at 9.30 PM www.westbankcafe.com/laurie-beechman-theatre