Reviewed by Randolph B. Eigenbrode for Cabaret Scenes 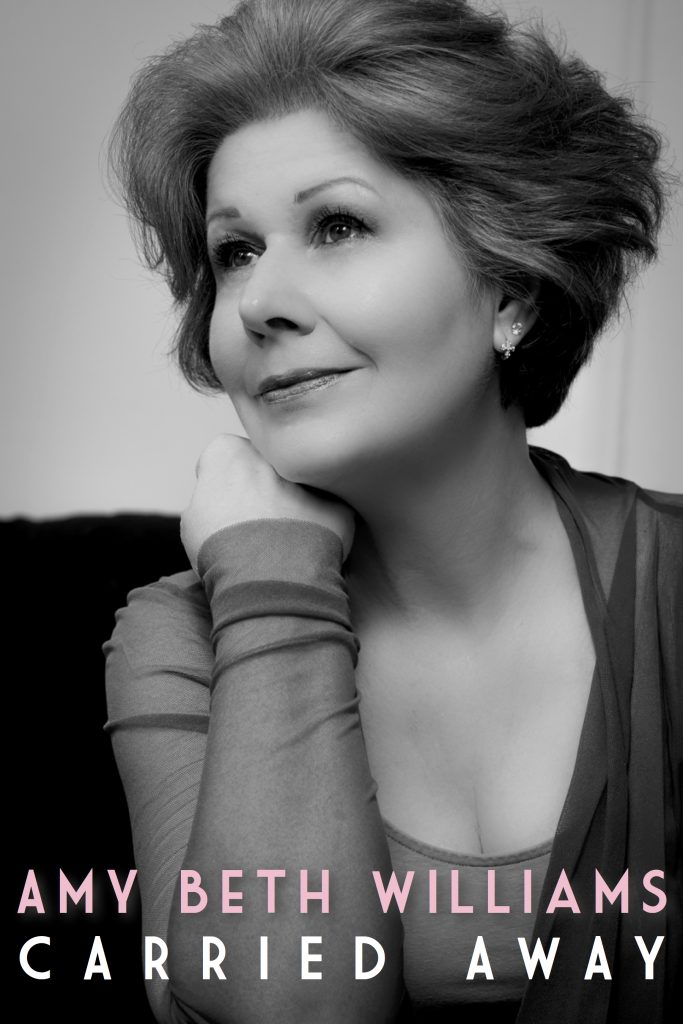 Most cabarets glorify a persona inhabiting the spotlight, gently inviting us to discover them. Amy Beth Williams’ Carried Away skips the personal extolling and offers instead an anomaly. As it unfolds, each new song brings a new character, almost carrying away the real Ms. Williams and replacing her with a separate life. So rarely does this type of voodoo occur in cabaret venues that saying Williams enchanted the room would be a monumental understatement in regard to her brilliance.

A show simultaneously tidy and messy, Williams focused on pieces of war and chaos, personifying viewpoints of those on the front lines as well as those closest to them: nurses, radio reporters, wives and streetwalkers. After a few pieces establishing her rhapsodizing salvo, including an apocalyptic “The Windmills of Your Mind” (Michel Legrand/Alan & Marilyn Bergman), she cut loose exploring the complexities of emotion during blitzkrieg and bloodshed.

Most haunting (and effective) was a fatigue jacket-wearing pacifist in “Story of Isaac” (Leonard Cohen) in which Williams’ careful restraint sent home a message of resistance with economic virtuosity. Similarly, a silk bathrobe-clad prostitute who serves as emotional distraction to a parade of young soldiers in “1917” (David Olney) was a masterclass in pathos—a coexistent quiet humor and crushing melancholy.

The entire personnel department should be commended. From fabulous arrangements (the incomparable Daryl Kojak) to a band that expertly captured that specific wartime anthem milieu (Kojak, John Henry Williams, Ritt Henn and Will Holshouser), the music was just as alive as its crucible of a star. Of special note is director Tanya Moberly whose master hand shaped a piece with such a breadth of angles into a cohesive vision and skillful rhythm.

But most of all there is Williams herself. Do yourself a favor and get carried away with this singular experience.