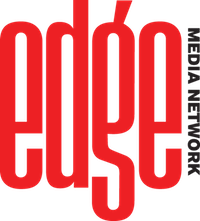 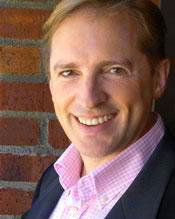 It’s that time of year when I make my list and check it, well, more than twice. Having seen over ninety cabaret shows this year (still a small fraction, given that several clubs have many different shows nightly), it is time for me to scale it down to my Top 14 of 2014.

As usual, I make it my practice to find new performers to honor every year, which kept several tried and true favorites, who continued to do great work, off the list this year.

Additionally, I’ve decided not to include the “major” room engagements in my list this year. I didn’t see as many major artists this year, and thus it would be unfair to include them in a list with those who work the vital smaller rooms. I’ll just say I enjoyed Tommy Tune (Carlyle), Megan Hilty (Carlyle), and Ann Hampton Callaway (54 Below) most among the major acts I saw.

With those caveats in mind, here is my list of the Top 14 of 2014, listed alphabetically:

This is what I’d have to call the solo comeback of the year. Andersen, winner of several awards in the ’90s and early ’00s, returned to Don’t Tell Mama for four summer shows, singing exactly what he pleased. His angelic tenor voice shimmered over material old and new (including a few of his own songs), and his playful sense of humor kept audiences close to his heart. Let’s hope he sticks around.

Ms. Berk took many years before deciding to launch her solo career, and she did everything right. She surrounded herself with top talent, released a nifty CD, “You Can’t Rush Spring,” and demonstrated herself to be a fine interpreter of little-known songs from great composers, as well as having an unexpected flair for comedy. Expect more in years to come.

I define “cabaret” rather widely, and Chapin, an extraordinarily perceptive songwriter whose palette reaches into folk, jazz, and rock, bowled me over with her set at The Cutting Room earlier this year. As a performer, she is refreshingly indifferent as to whether you like her or not, and once you settle in, you realize the talent speaks for itself. She’s the daughter of the late, great Harry Chapin, but she is very much her own creation.

Self-described as “of the gay old geezer set,” few shows this year touched my heart like 79-year-old Ira Collings’ show at Don’t Tell Mama. Regaling us with stories of growing up in another time and place, and pouring his heart into every song, whether tender ballad or comic ditty, Collings demonstrated that being your true self is the most powerful agent for change in the world.

In one of the most creative endeavors of the year, Farr channeled Cole Porter and Noel Coward and weaved a tapestry of their songs and even patter using only their words. The show, “In the Still of the Night,” was a remarkable feat. Not only was Farr’s operatic voice in full glory, but she also showed herself to be an actress of surprising range and commitment.

Honeck, the booking manager at The Duplex, occasionally comes out of the booth and onto the stage to remind us that his roots are in performance. To celebrate his fiftieth birthday, Honeck gave us “Dancing With Death,” a deeply meaningful but always entertaining one-man show about the lessons he learned through his own choices and the cards that fate dealt him. Honeck may have danced with death, but he has taught himself (and his audience) to celebrate life, always.

The “rocker chick” of cabaret, Klar’s show “Home” took us on a nearly patterless journey through songs written post-2000. Klar takes incredible risks with her choice of material and her interpretations, and they paid off big time here. In the end, she triumphantly found her “home” and her fully realized artistry.

Hedda Lettuce Yeah, this drag performer has been around for quite some time, but it is high time she got some recognition for her many talents that she brings to the cabaret stage-assured singing, witty song parody, complex and hilarious monologue, and unparalleled repartee with the audience. Her annual holiday outings at the Metropolitan Room are not to be missed.

Lowe is the debut act of the year. He also won the MetroStar Challenge in the summer, but what you may have seen there is nothing compared to the spell he weaves in his full-length show. His dark humor suggests complexities within, and his powerful and flexible voice is able to dip and turn and soar over a wide range of terrific material. Looking forward to more.

This vocal powerhouse is a cabaret veteran, but this year she found the perfect material to match her incredible gifts. She sings a power ballad like no other, and yet she is utterly charming and disarming with her funny patter and occasional comic song. She has earned her standing ovations.

Technically, her show “I Love New York Songwriters” debuted in 2013, but I saw it this year, and it was a marvel. Moberly pulls out all the stops, throwing her full body and facial expression and vocal arsenal into her performance. She is the approaching storm in all its beauty and danger, and you can’t turn away.

Shuman had performed a version of his show, “En Avant! An Evening with Tennessee Williams,” at the Fringe Festival a couple years back, but his ever-evolving one-man piece about America’s greatest playwright made a perfect fit for the intimate Stage 72. Using only Williams’ words from his journals and other sources, this was an astonishing look at the legend, capped by Shuman’s assured, steady performance.

The hard-working vocalist never stops working his craft, no matter what obstacle life throws in his path-and in recent years, there have been several. All of this experience culminated in his fourth CD, “The Truth About . . .”, and it is my pick for recording of the year. Simply stunning and heartbreaking, his life pulse beats in every breath and vocal phrase.

This young jazz phenom came back for her first solo cabaret outing in a few years, and exuded joy and confidence beyond her years with every selection. The hour flew by, leaving the audience wanting more, more, more. With youth on her side, she has the potential to cross over to the majors in a big way.

And that’s the way it was, a very good year in cabaret. There seem to be fewer clubs than there were some years ago, but I’m seeing fuller houses. That bodes well for 2015. Happy New Year, and I’ll see you at the clubs!